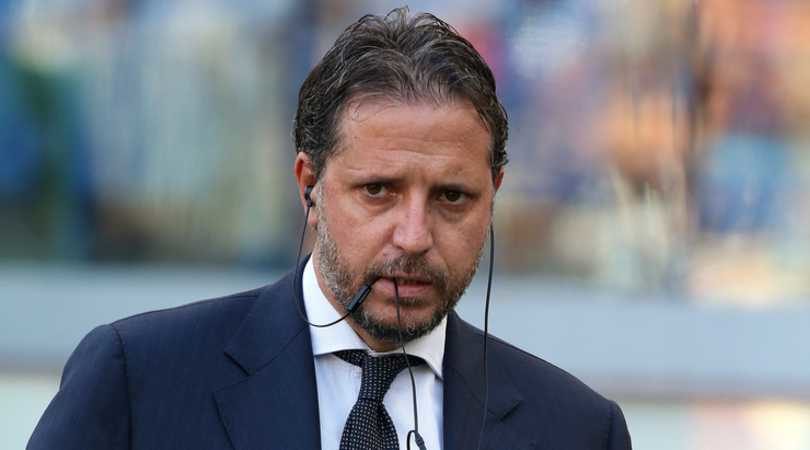 The man from the meaningful silence and from the words never without meaning: when he cannot speak, he shuts up. I always thought that those men were the wisest: they are the ones who are clearly smart without having to show it up. They give the impression of being ex-talkers in denial who learn to communicate when they have to.

Fabio has been teaming Juventus for the last eight years and he has been fascinating me for at least six. I remember well the 2012, when he participated in the Wyscout Forum and drew the long line of the club: the first thing to consider of a player’s purchase is the intensity in the work. Paratici does not understate the money factor, which is essential for reaching players and high-level results, but it is worthless if the one who has it wastes that.

You can not imagine how big Pogba will be. I am convinced not only for the player he is, but for the head he has

Apparently, in Turin and elsewhere, the Polpo has attended his expectations. Fabio is aware of his nonpareil skill, but does not consider himself better than his colleagues; there is no director who does not make mistakes, there is a director who is less wrong and so it happens to ped their fish in the wrong market. He said he would never have given Bonucci away because there was no more complete defender, but…Anyway, sport had little to do with that decision.

Among his technical expertise, there is Kingsley Coman: beating the competition of Bayern Munich and Arsenal, three years ago, was not little stuff. With the French, as with Álvaro Morata, his role as a mediator was fundamental: the visits to the cities, the establishment of empathy with the boys, the in-depth knowledge of the families and of the people close to them.

Quoting the friend Antonio Corsa, we remember two press conferences with Paratici sitting next to the new signings: Carlos Tévez and Cristiano Ronaldo. They are not surprisingly the most composite and media buying of Agnelli’s Juventus.
Speaking of CR7, Fabio recalled Juventus-Real Madrid and the bicycle kick goal masterpiece; the standing ovation of Allianz Stadium and the applause-response of the portuguese. And then the telephone conversation with Jorge Mendes, who pointed out how much Cristiano appreciated the gesture of the Juventus fans and how much he enjoyed playing in Turin sooner or later. Then, João Cancelo arrived and…We know the following chapters and the end.

If you take four players and two are good, one not that much and the other is poor, you made it big time

We also know what will happen in the next three years of Paratici: he will continue to say “No, thank you” to the Italian proposals (the so much blamed Barbara Berlusconi saw it right in the end) and above all the foreign ones.

Meanwhile, he continues to think and work in the dark.

Always accompanied by his invisibility, the necessary condition to reach goal and at the same time muffling the sound of the joy for having achieved that. Patient and agile, without shape, so mysterious as to stifle any vibration; in this way, he is able to decide his own destiny and that of others.

He does not speak, he whispers.

He approaches and moves away with the same procedure: the distinction dies when you get noticed.